Central Park, park within the city!

Lots of Attractions in Central Park

You can probably spend the whole day there if you want to cover the whole park on foot! So strollers for kids are recommended!

My favourite part of the Park, The Mall. Great photo opportunity!!

If you are fan of movies made in America, this is another reason why you should visit because it is featured in many dramas and movies!

I think the architecture of the old structures makes the place very romantic despite being so crowded.

If you are fan of movies made in America, this is another reason why you should visit because it is featured in many dramas and movies!

There’s lots of different famous sculptures all around the park!

If you are lucky, you may be able to see performers!

Daddy thinks that the Obelisk is probably the most unique sights in Central Park. This ancient artifact was in fact commissioned by Pharaoh Thutmosis III around 1500 BC. Two of these obelisks were constructed, and, around 12BC, they were transported from Heliopolis, Egypt to Alexandria, Rome. The pair was separated in the late 19th century; one was sent to London and another to New York City, both by the Khedive of Egypt in exchange for aid in modernizing his country. 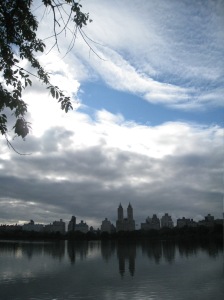 TIP: If you intend to cover most sights in Central Park, get a map first. If you intend to spend the whole day there, there are limited food places in the park so do plan your time to visit famous restaurants around the park.