Carnegie Hall: There’s no performance all year round. But music and architecture lovers will probably not miss this. Visit the cafe there if you are free. I heard the cheese cake is good.

Central Park Zoo: I wonder if Alex the lion is really here. Great for kids!!!

Gray Papaya Hotdog: Heard great raves about it; on boardway and West 74th I think.

5 Napkins: Good burgers… On Boardway and West 84th I think.

Popover Cafe: Popover Café has been touted by Forbes Magazine, Arthur Schwartz, Joan Hamburg and New York Magazine. Popovers by Mail was cited as one of the top holiday gift choices by the food editors of the New York Times. We are also proud to be chosen by the City and Company Guide as one of New York’s 50 Best Places to have Brunch. 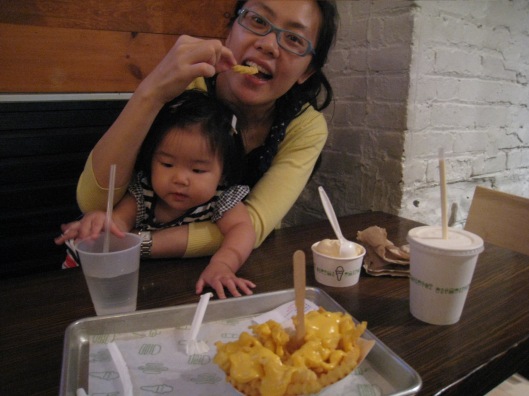 Shake Shack: I think there’s one on Columbus Ave. It’s less crowded than the one at 8th Ave. Daddy uses an app to find restaurants around us. Surprisingly, it worked despite having no wifi or internet! 🙂

Apple Store: Apple fans will love this… (and parents who let babies use iPad, not my parents though) and just beside… 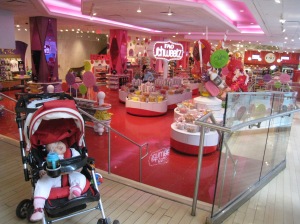 Terrible parents… going to a toy store when I am sleeping…

FAO Schwarz: This is the home of the The Big Piano, featured on movie Big, played by Tom Hanks! 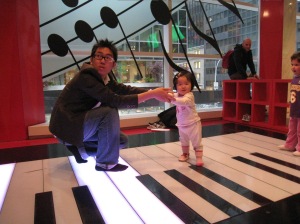 It’s 3 level of toys and fun! What can I say? You can even make your own puppet! 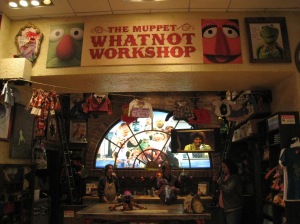 And guess what, you can find Statue of Liberty here too! 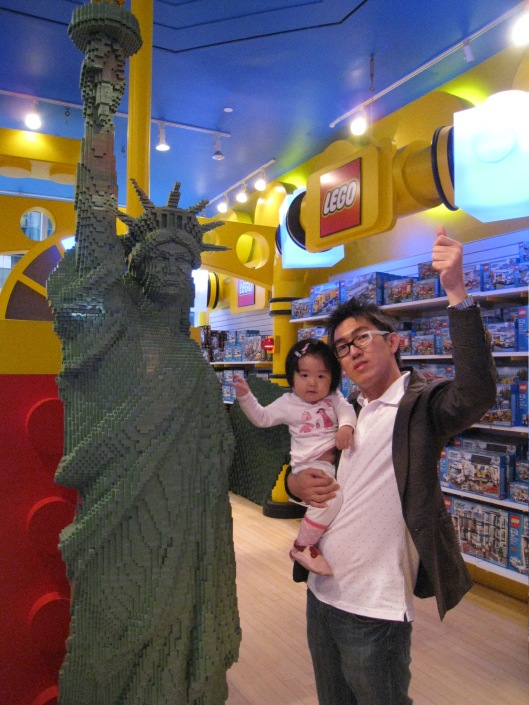 Last but not least, the Metropolitan Museum of Art! More on that in the next post.