If your children loves to take public transport (like mine), taking the metro trains in Chongqing can be quite an adventure!

1. Take the subway train direct to your home literally.

Maybe this is not so surprising to the average Singaporean since the MRT has a station in a mall. BUT in China, this is probably the only place you can experience this: the Chongqing Rail Transit (CRT) actually goes through a residential block (line 2)! 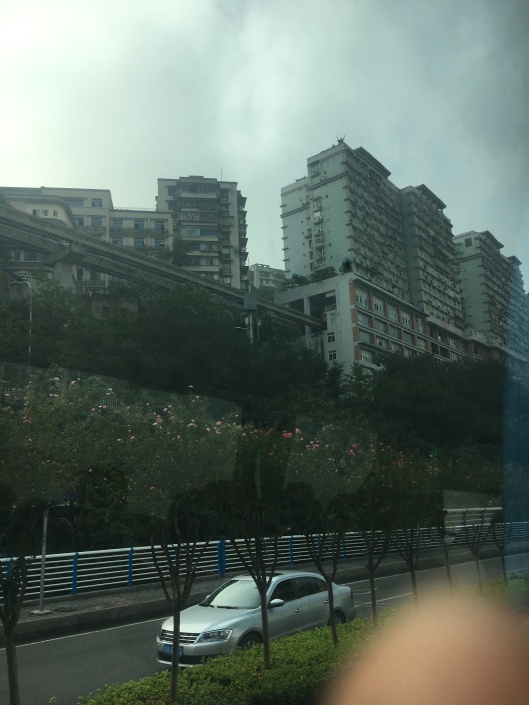 I wonder if anyone really want to live there? Imagine the train going to your block every 5min!

So which came first? The train or the apartment? Quick, guess, before I reveal the answer….

they are apparently built at the same time!

2. Stations are very very deep! Did I say they are deep?

Chongqing is also known as ‘mountain city’ so I think it must be a challenge to build a subway. That is also why some of the stations are elevated.

In quite a number of the stations, you have to go down 3 or more storeys to get to the platform. Watch this time-lapse video…. 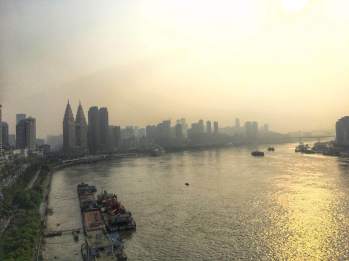 Another option is to take the CRT (Line 3) instead when the train crosses the Yangtze and Jialing River via the Dongshuimen Bridge and the Qianximen Bridge, known collectively as the Twin River Bridges. The amazing thing is that the elevated train will go direct into a tunnel in a mountain across the Yuzhong peninsula.

(N.B. The view on CRT is slightly less spectacular, ‘faster’ and sometimes obstructed than the ropeway. )

Unlike Singapore’s Punggol LRT stations which are built but NOT opened, this one is operational! Creepy? Want to go there? Take line 6 to Caijiawan Station… 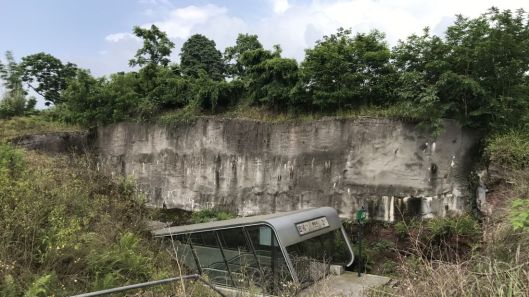 5. Fastest way to get around during peak hours.

Like anywhere in China, traffic jam can be bad in the city area so subway can be the best bet! CRT goes to most of the touristy places!