This is the first day of tour after days of rehearsals for the April Spring Friendship Arts Festival. The place we are going? Arch of Triumph. (개선문). 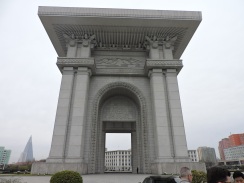 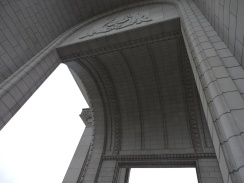 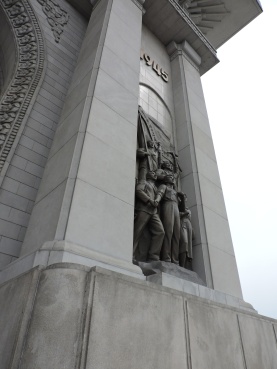 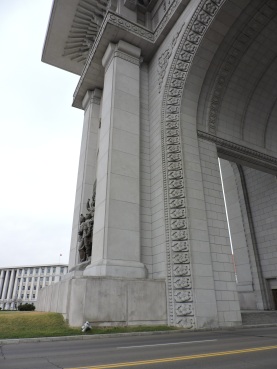 It is this big arch built to remember the liberation from the colonial rule of Japanese, and inaugurated during the 70th birthday of the great leader Kim Sung Il.

The architecture may resemble the arch in France, but only bigger at 60m high. In additional, it has a lot of Korean unique architectural style like flower motif, tapered roof as well as “support pillars”. (I learned all these from a video which we watched.) 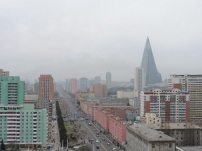 We were brought up to the balcony area in which we had a great bird’s eye view of the city. I talked to someone from Poland who had been to Pyongyang 6 times and this was the first time he had been up here!! 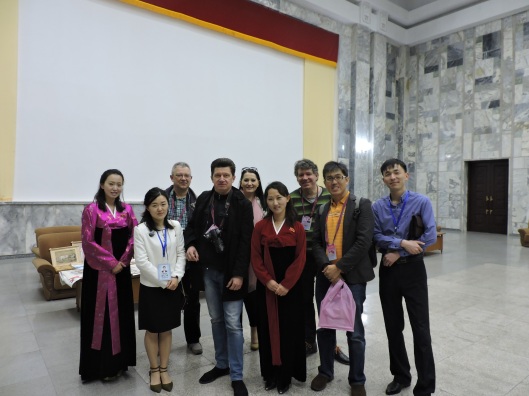 Inside the Arch of Triumph

Later, the guide brought to the centre of the road to take a photo of the overview of the arch. (This is probably best part to take photos?)

The half day tour ended with 2 souvenir shops; one general ones which sells everything from glasses to electronics (from miniso) and from paintings to traditional Korean costume, and the other one cosmetic. When we go inside, apparently, this is recorded like where we are from, names, etc.

I didn’t want to buy anything for the cosmetic shop and I ventured into a clothing store, there are several locals shopping around. Price was reasonable but not cheap. For example, US$4-5 for a shirt or a bermudas pants. I was initially told by my guide to come out, and then he allowed me to go in after talking to someone.

There were several provision shops downstairs, I didn’t want to push my luck to enter them but all look very legit. 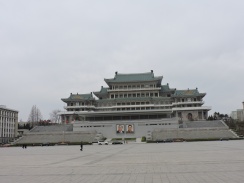 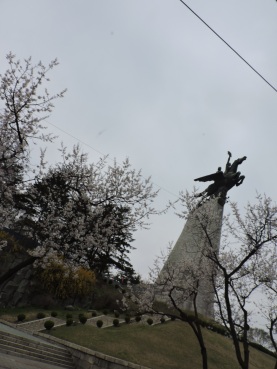 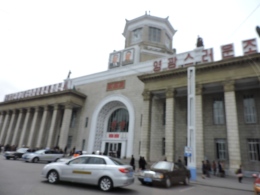 Sights we passed by include the Cho ilma statue, railway station, Kim Il Sung Square and a classic tram.

There are several sights which we passed by, and I do wonder why we don’t go to all along the way. I guess I will save them for another day.

2 thoughts on “Pyongyang: The Arch of Triumph”