The terra-cotta warriors  or 兵马俑 （bingmayong) are a sight to behold! If you are in Xi’an, China or around the nearby cities, this is a MUST visit. I often tell stories of it to my children and I think it is a great place to tell them about the history of China.

🏺visit the Qingshi Huang mausoleum only if you have the time – The Qing Shi Huang mausoleum is just nearby and it is interesting to learn about the history of it and why it is not excavated. Most people are disappointed when visiting it because most of the information is already on the internet. What you are seeing is just a molehill which can be seen from afar.

🏺Fake tomb? – if you take the bus to see the Terracotta Army, there is a stop just before the mausoleum. This is a fake Qingshi Huang tomb in which someone decided to re-created the supposed tomb. A lot of tourists do get off thinking it is the real mausoleum. It may be interesting to kids if you are trying to tell them the history of the Qing dynasty visually. Otherwise it seems a little commercialized and they seem to be capitalizing on the tourists’ mistakes. (Because at that bus stop, someone will get on the bus to inform people that you reach the ‘mausoleum’. N.B. I went many years ago so I am not sure if this is still happening.

interior of the fake tomb of qingshiwang

interior of the fake tomb of qingshiwang

🏺go when it’s less crowded – Usually, early morning is less crowded. I went just about an hour before it closed and the crowd was okay. Check google for peak times.

🏺Visit the han tomb – there is another less glamorous excavation site of the Han emperor in Xian call Han Yang Ling, or the Yang Mausoleum of Han. The army is not life-size, but less crowded and worth the visit too.

Games to play with your kid when visiting the terracotta warrior

👉 Spot the difference – Do you know that every terracotta warrior is unique? It’s like thumbprint. Let your children find the differences even for very similar warriors. 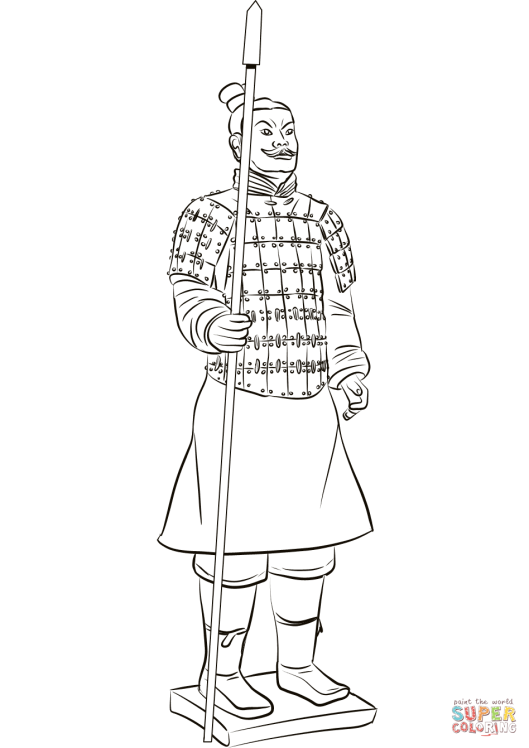 Terracotta warrior colouring. More can be found at the website. Source: http://www.supercoloring.com/coloring-pages/terracotta-warrior

👉 terra-cotta warrior colouring – Do you know that all the statues are in full colour and not brown like what you are seeing? Upon excavations, oxidizing happens and the colours disappear! That is why the archeologists have stopped most of the excavation work until they find a way to prevent this. Teach your children this by asking them to give the statues some colours.

👉 I spy – look for an unique warrior among the whole army. 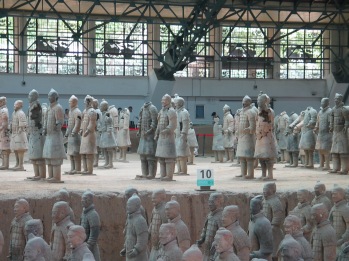 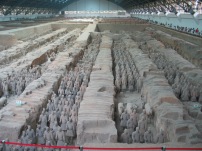