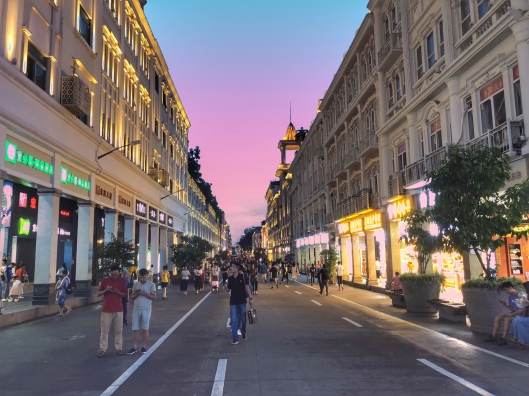 Zhongshan Lu is the oldest commercial street in Xiamen dating back to 1925. It is a kilometre long walking street filled with retail shops, big shopping malls and eateries. It is closed to any vehicular traffic. (Almost every China city has a pedestrian street 步行街） 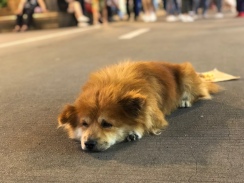 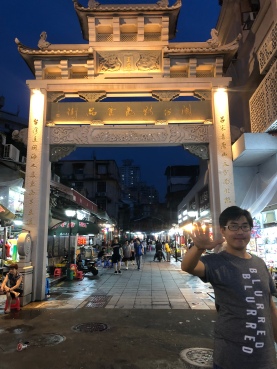 Explore the side streets at Zhongshan Lu

There is a wide array of local food delights, which are perfect to bring home as souvenirs and gifts. The good news is that you can sample a taste of the products before buying. After walking around for a while, you may realise there are duplicate of some shops. In other words, you do not need to walk all the way back to get something you want.

Explore the restaurants at Zhongshan Lu 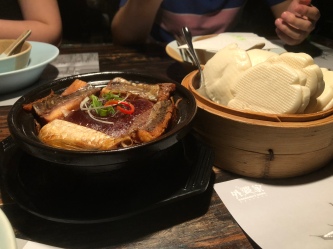 Explore the restaurants at Zhongshan Lu

6 reasons to bring your kids to Zhongshan Lu (中山路）

🏮 Though busy throughout the day, the nighttime is the busiest when all the lights lit up! These make beautiful nightscene photos!

🏮Did you know that Xiamen was modeled after Singapore? The city was awarded as the most livable city in China! Does the buildings at Zhongshan Lu remind you of Singapore?

🏮 Visiting this street is a must for Xiamen first time visitors. Some may find this street too touristy and commercialised. The colonial buildings along this street definitely worth a trip there. These buildings built by merchants engaged in trading with Europe in the past. When they came back, enriched with a lot of artistic inspiration, they built these buildings in Zhongshan Lu.

🏮 Smoking is not allowed on the streets of Xiamen, hence this is perfect for families! However, we did see some people smoking, and according to the locals, these people are probably from out of town so they are not aware of the law here.

🏮A local actually brought us to eat street food there so there are amazing food there if you know where to find it! I wish I can tell you where to find it but I went back 2-3 times and had no idea where it is! Why? As per the pictures, the stall is literally in the dark back lane. My suggestion is to venture into small lanes and check out where the locals are eating.

🏮Perhaps for tourists or even kids, it may be interesting to buy and witness opening of a live oyster to be made into pearl jewellery right before your eyes.