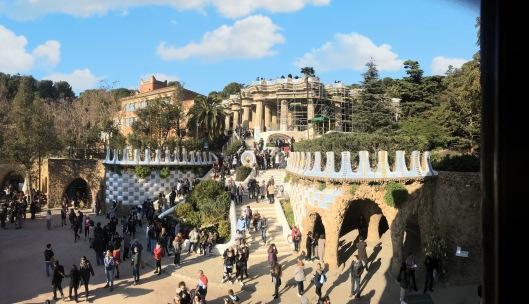 Antoni Gaudi’s style is shines through in Park Guell, creating one of the most impressive Gaudi projects in the Barcelona. Along with his other masterpieces such as the Sagrada Família, Casa Batllo and La Pedrera, these are must visits in Barcelona.

Gaudi and Eusebi Güell had a long history of collaboration dating back to 1878.

The two worked on various projects around Barcelona including  Finca Güell and Palau Güell. Gaudi was Guell’s first choice as architect and designer for the construction of this ambitious housing project before it is converted into a park.

Construction of Park Guell started in 1900 and at that time, the site was still in a rural setting as the city had not expanded that far out. 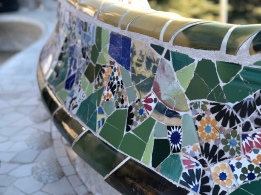 Mosaic of Gaudi at park Güell 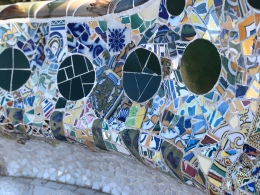 Mosaic of Gaudi at park Güell

Originally designed as an estate for well-off families, the initial idea was to give the elite of Barcelona an estate to live on in peace away from the pollution of the factories at the city centre. However, due to a lack of interest due to the distance, and later, war, only two of the sixty houses were built. 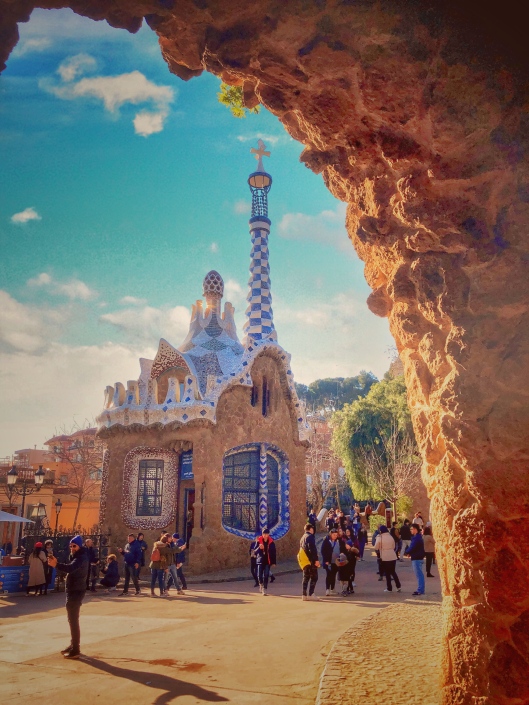 It was then kept by Guell as a large private garden. Guell allowed it to be used for public events up until his death in 1918. Then it was purchased by the city council and opened as a park in 1926.

Consequently, Park Guell was declared a UNESCO heritage site in 1984. 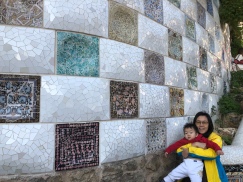 Lizard / salamander of Park Güell Is actually a dragon 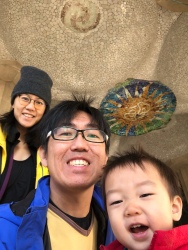 5 tips for families before going to Park Güell 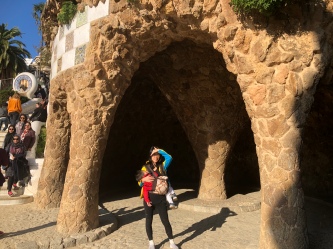 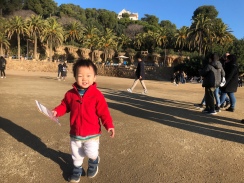 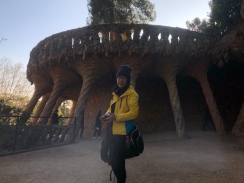 5 tips for families before going to Park Güell

💌Buy tickets online because it includes a bus to the park from the subway station. This also allows you to check how crowded the park may be.

💌 Go early so it’s not so crowded nor hot – the earlier times tends to be less crowded. We went in the morning so we have time to play around at the park before going for lunch.

💌Most of the park is free – If you do not want to buy the ticket for the monumental zone, the free area is still wonderful for kids to roam around! In fact the paid area is quite small but still worth a visit since this is where you can spot most of the Gaudi’s iconic works.

💌 Bring food and water –  We didn’t see any restaurant and cafe in the park, but I may be wrong. The park is perfect for a picnic so perhaps you can pack snacks from La Boqueria Market. The view of Barcelona city is beautiful from Park Güell.

💌 Plan half a day – we spent about half a day At Park Güell, letting the kids run around the main park for some time. We paired it with a visit to Mont Juic. 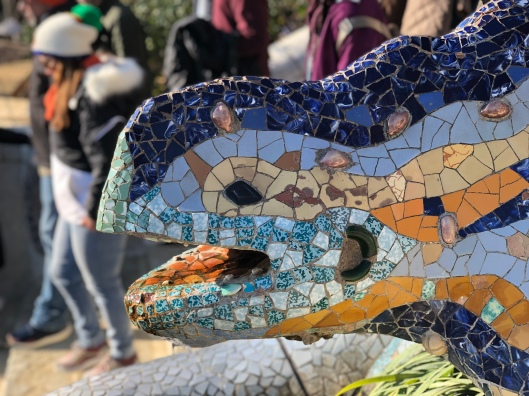 Oh, I think that famous salamander or lizard sculpture, is actually a dragon!

2 thoughts on “Barcelona: 5 tips for families before going to Park Güell”